Geography and Country Facts
ALL ABOUT HAITI 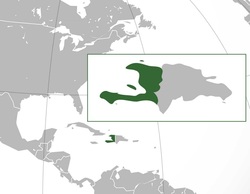 
pictures and facts from National Geographic for Kids 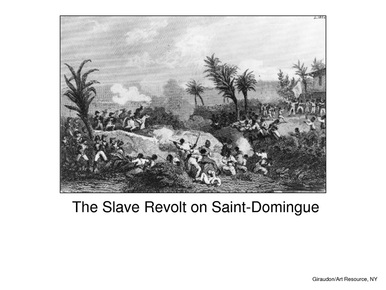 Haiti’s Slave Revolt
One of the events that defined our modern world.
How Haitians helped shape America
from Daily Kos
In October 1779, over 500 free Haitian blacks fought against the British at the Siege of Savannah. They fought and died for the independence of the American colonies.

As it stands now, the monument features statues of two Haitian troops with rifles raised on either side of a fellow soldier who has fallen with a bullet wound to his chest.
The fourth statue, a drummer boy, depicts a young Henri Christophe, who served in Savannah as an adolescent and went on to become Haiti’s first president – and ultimately king – after it won independence. January 8, 1811, almost 32 years later, the largest slave revolt in American history occurred near New Orleans. Between 200 and 500 black slaves marched on New Orleans. It was brutally put down. 95 were killed or executed, and the leaders had their heads put on pikes(one leader, Deslondes, was mutilated and then burned alive).
The fear from the size of the slave revolt ended French settler opposition to American soldiers entering the new Louisiana Territory.

What does the 1811 German Coast Uprising have to do with Haiti? Many of the slaves involved in this uprising were brought there against their will by slaveowners fleeing the Haitian Revolution. In fact, the inspiration for this revolt can be traced directly back to Haiti.

the 1804 Haitian revolution victory inspired slaves around the colonies to rebel....
Copies of the French Declaration of the Rights of Man were found in slave quarters.About 20 years earlier the government of Haiti had outlawed slaves reading the Rights of Man under pain of death. The United States never recognized the independence of Haiti until 1862.

What could have happened in those 32 years to change things so much? The answer to that question starts in the streets of Paris and ends on the burnt and bloodsoaked battlefields of Haiti.

Why the Haitian Revolution matters

There are three points you need to understand about the Haitain Revolution to fully appreciate it:

1) It was the only completely successful slave revolt in all of human history.

Think about that for a moment. Slavery had existed and slaves had been revolting for tens of thousands of years, long before the start of recorded history. During those tens of thousands of years people had also been dreaming of the day that slavery would be outlawed. They were considered utopian idealists.
Slavery had been around for so long it was considered part of the human condition, just like war and wealth inequality.

It was Haiti that proved all the skeptics wrong.

2) The slaves of Haiti overcame increadible odds.
To put their revolution into perspective, let's compare it to the American Revolution.

Haiti, OTOH, had a population of just 520,000 at the start of their revolution - 452,000 black slaves.
In 1802 Napoleon sent an armada of 43,000 soldiers to defeat the slaves - nearly the same size of army the British used against the entire American Colonies. 90% of those soldiers never returned to France.
Speaking of the British, the rebellious slaves defeated their army three years earlier. The British lost 80,000 men to battle and disease in Haiti, far more than they lost in the American Revolution.
The slaves also defeated a Spanish army.
And before that they defeated another French army.
No one knows how many Haitian slaves died in this revolt. However, estimates generally put the number between 150,000 and 200,000, for a ratio of 1 in 3.
Unlike the American colonists, the black slaves had no allies.
The war lasted 13 years.

The Abolition Movement was making some progress before the Haitian Revolution, but its successes were limited to the gradual phasing out of slavery, freeing future children of slaves, in states such as Pennsylvania, Connecticut, Rhode Island, New Hampshire, and outlawing any new slavery in the Northwest Territories.
Massachusetts outright abolition was an outlier.
Only the nations of Portugal and Russia had outlawed slavery before the start of Haiti's Revolution.

Within 4 years of the victory of Haiti's slaves in 1804, Britain, Denmark-Norway, and the United States had outlawed the global slave trade. A few years later Spain outright outlawed slavery except in its Caribbean colonies. Netherlands abolished the slave trade a few years after that.
This is not a coincidence. As shown by the 1811 German Coast Uprising, slaves defeating their masters can inspire other slaves to revolt. The only way to stop that from happening is not allowing the slaves to interact and transfer dangerous ideas.

Influenced by the slave revolts in most of its Caribbean colonies, and by the leftists who executed the King, France outlawed slavery in 1794. However, Napoleon reintroduced slavery in 1802. France didn't finally outlaw the slave trade until 1818.

Full curriculum about Haiti as developed by Florida. (k -5)
Curriculum for older students (6-12)
BBC has a video (although there is some violence depicting the revolution)

Famous people who reached out and made a difference in HAITI 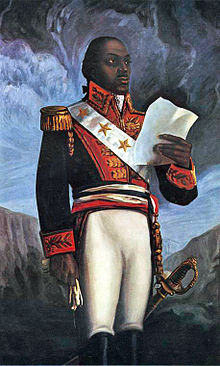 1. The Louisiana Purchase may not have been made had it not been for Toussaint Louverture.
2. Louverture freed the slaves of Haiti in the only permanently successful slave revolt in history.
3. He developed the idea of dominion status for Haiti as part of France. Rejected by Napoleon, the idea subsequently was used by Great Britain 66 years later on July 1, 1862, when Canada became the first dominion.
4. He wrote the first constitution for Haiti. It was the second constitution for a republic in the Western Hemisphere.
5. He was the greatest Black general in history, except for Hannibal 2000 years earlier.
..learn more


PBS produced a show on Toussaint Louverture - there is some violence as it depicts a revolution.


WHY IS HAITI so POOR?
Haiti turned around and helped the Latin American Revolution. Because of that support the powers that be punished HAITI financially refusing to trade with the country, US, Great Britain, Spain...all pretty much ganged up on Haiti. Haiti was forced to pay to France BILLIONS of dollars because the former slave owners lost their property (the slaves). It too a CENTURY to pay off that 'debt'. 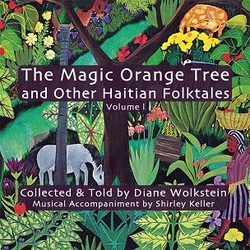 www.bbc.co.uk
Parents: please prescreen these sites to make sure they are appropriate for your family.

Why cat and Dogs can't get along...

Dye mon, gen monBeyond the mountain is another mountain (A proverb of both patience and the recognition of how difficult life in Haiti is.)

Sak vid pa kanpAn empty sack can't stand up. (You can't get much work done on an empty stomach.)

TIGERS!
We found this BEAUTIFULLY created Lapbook at Homeschool Share

Where is Haiti?
Why do you think the schools in Florida have a whole unit study in their curriculum about the country of Haiti? read this article about HAITIAN history. Summarize it.


Day 4
Read the article Haiti and the end of the Slavery.
m = focus on the quote below. What do you believe the author wants us to understand and appreciate? This article is an example of persuasive writing.
Does he convince of his ideas? Why or why note.
Liberty is not obtained by idle words or incessant talk. Rather, we gain our freedom by commitment, sweat and those who are prepared to make the ultimate sacrifice.

Therefore, it is appropriate that we remember the resistance of our own Negre Maron (Maroons) in the mountains such as Jaco, Balla and Congoree; those who burnt the suffocating cane fields and the Haitian Revolutionaries who made that sacrifice.

While we remember Wilberforce and the humanitarian component, let us never forget those who paid with their blood.