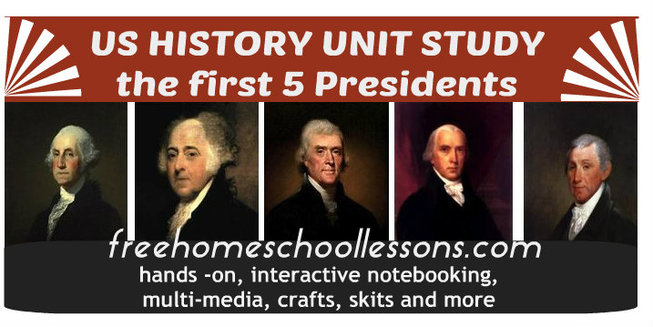 Lesson plans, book recommendations and other resources to help home schooling families with history, government and unit studies on the American Government and the First Five Presidents. Wonderful resources for younger students including lap books, hands on crafts and activities.
disclaimer: this a collection as suggested by home schooling families on a facebook page. I haven't used all these resources but wanted to have a safe place to store the ideas until I can create my own unit study for my children in the near future. Should you have a recommendation please send a suggestion. eventually there will be affiliate links to those products on Amazon.
google-site-verification: googlead576a1eeda415c4.html